Well, I bought an old Lefray bear for a dollar last week (woohoo).  Maybe you guys can give some advice.  I hope this is clearer than mud.

The bear's leg had detached because the disk (very old but thick cardboard, almost like MDF)  in his body had broken into pieces, and now the bent cotter pin is on the leg side.    I removed the broken disk.  I did a little research, and it seems the best way to fix him is to put a disk inside the bear's body and have the cotter pin stick outside his body toward his leg.  Sew his body closed.  I'm also going to put extra upholstery material to make sure the bear's body is strong.  Then open up the seam of the leg, exposing the disk in the leg.   Then put the cotter pin through the disk in the leg, bend it back and the close up the leg.

Pictures below....let me know what you think.  Thanks! 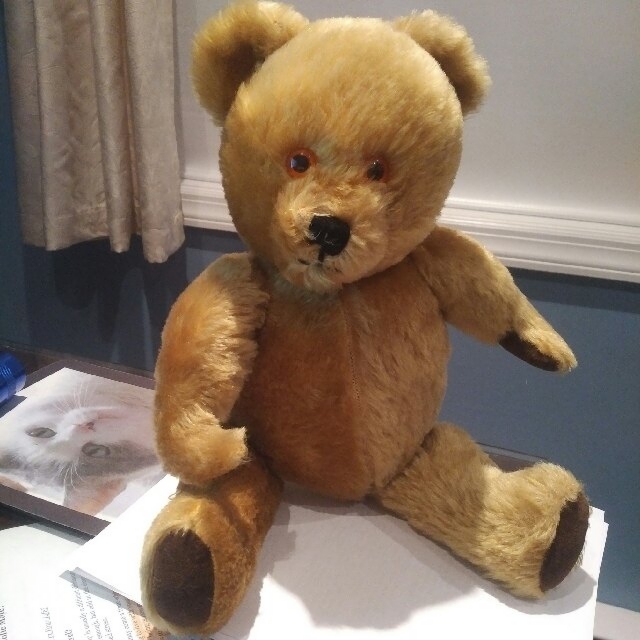 A seemingly together bear. 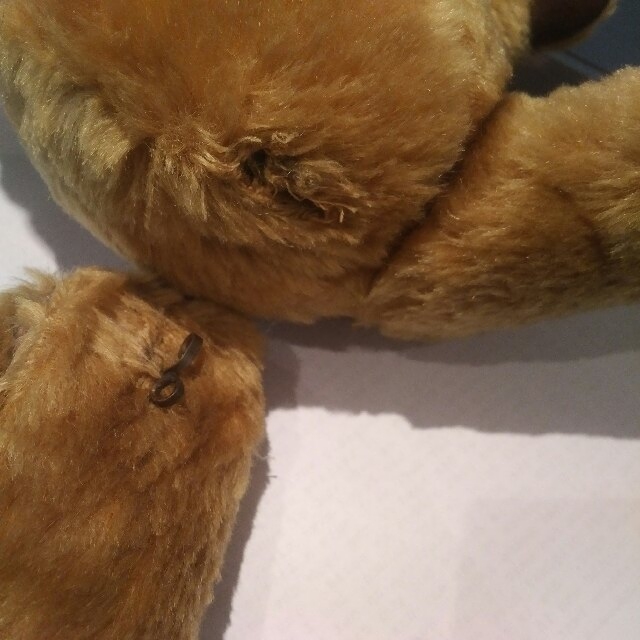 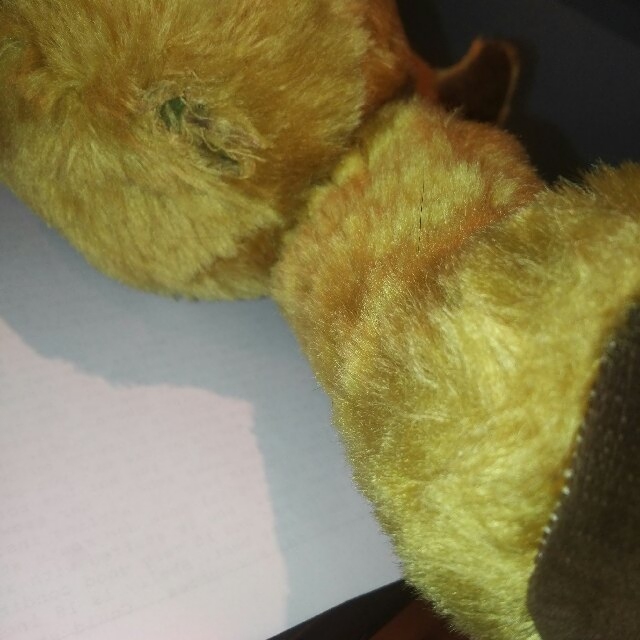 here's the hole in the body 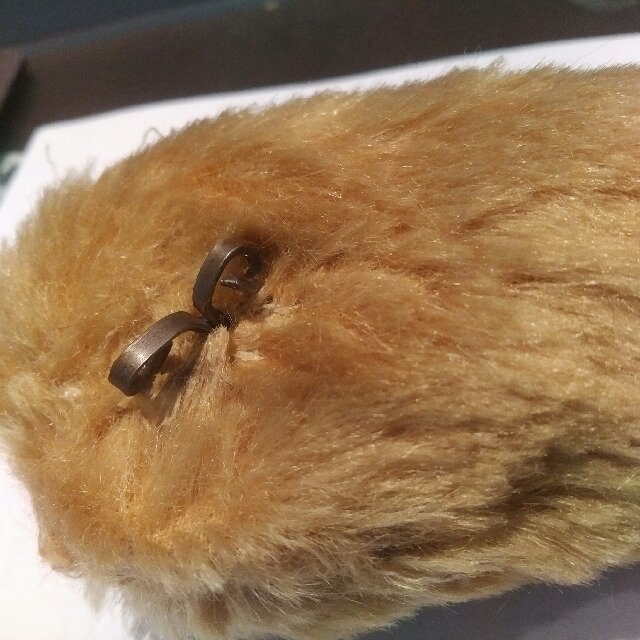 This is the outside of his leg 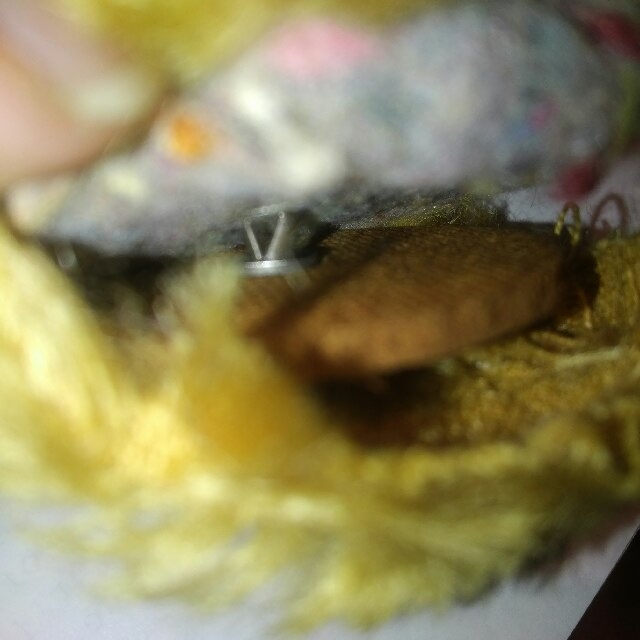 and here is the inside of his leg.

Oh, I like the old LeFrays, EJ! What a great find.
The technique you describe sounds OK to me, especially if it saves you having to totally unstuff and re-stuff the body. I can also say confidently that the disks do need to be the same size, and I would stick with hardboard. (Just pm me if you need a couple of disks. I have most every size, and I’m not using them right now.) As for the cotter pin, you’d need to straighten it out in order to re-use it. You could start with that and see how well the metal responds.
Becky

thank you both!!!  I'm going to try to repair him and i'll see how it turns out!!

Well, here he is!!!    I've named him Chase (after Becky who was so kind to send me some disks).  Okay, I admit my sewing skills can be A LOT better, but his leg works perfectly fine, and I am so excited to see him put back together 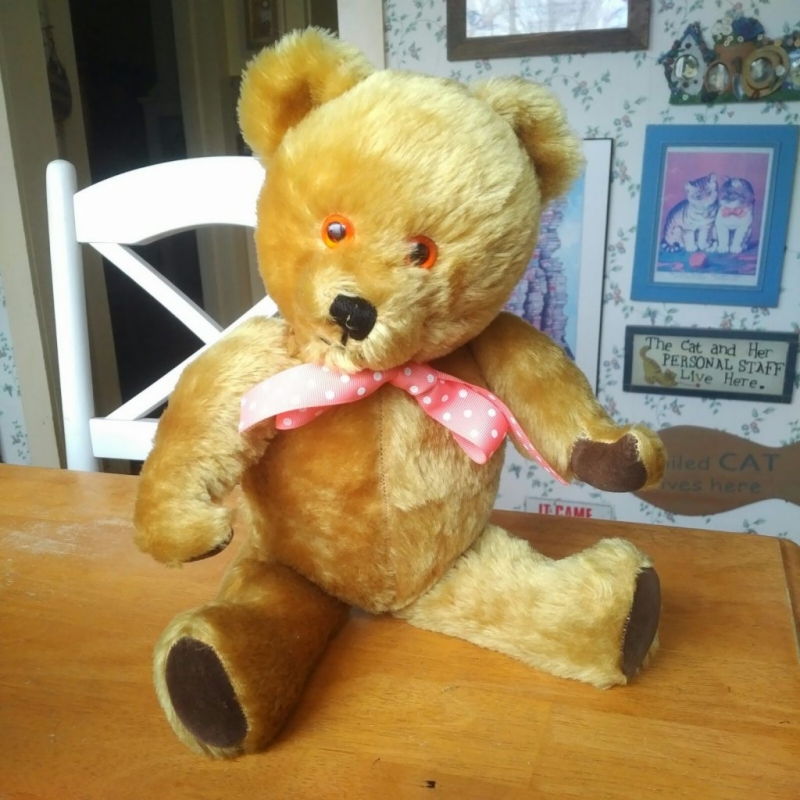 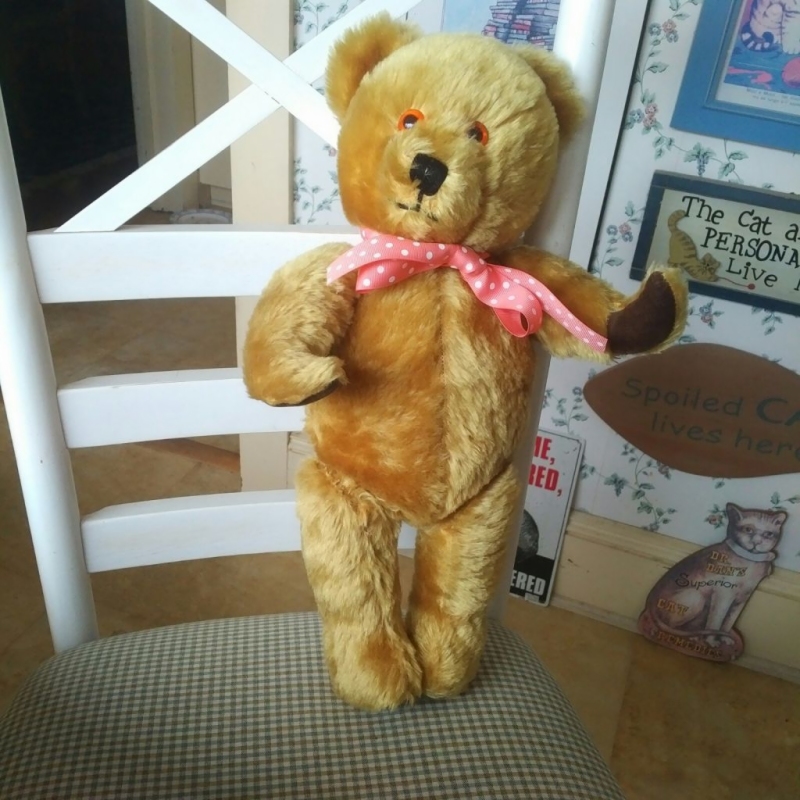 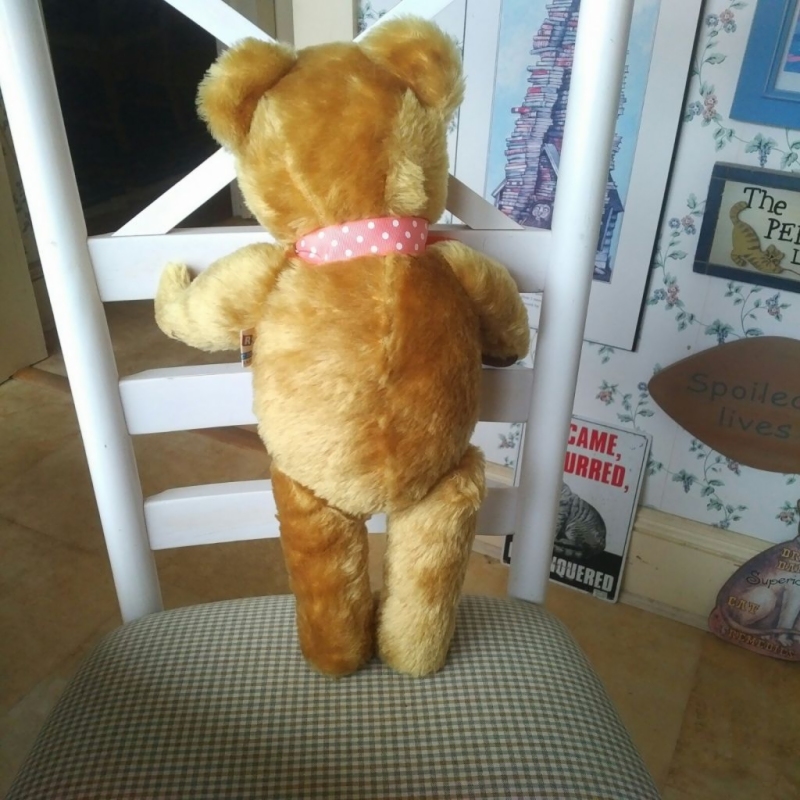 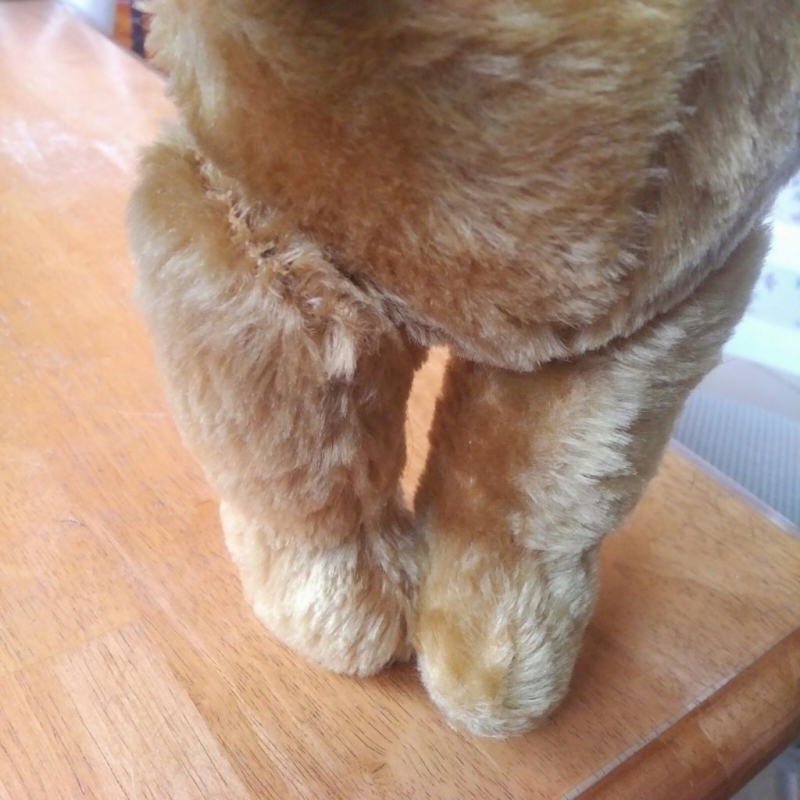 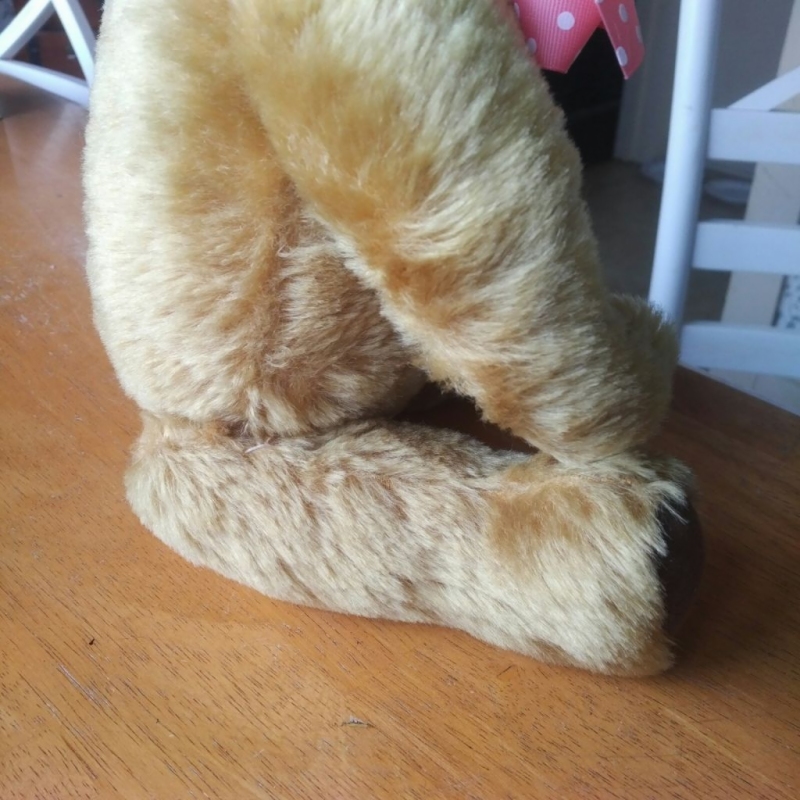 Awww... Esther, what an honor, and the name really suits him, too!

I’m glad I could help in a small way, but you did the rescuing, the research, and the work. Kudos to you!