So I've not been around in a bit, but I do miss posting!    I bought a large lot of teddy bears/animals that were in pretty bad shape, and since I'm out of work and have nothing else to do, I decided to try my hand at repairing them, and so far, pretty good.   I've made replaced eyes, made pretty decent noses and replaced paw pads!   Yay for me!

Enough about me.  Anyway, I have two questions.

Some of these bears are quite old and are excelsior stuffed.   There were a few that were somewhat flat.  I had a tiger whose tail was almost completely flat at the base of the tail, and so i opened up a seam and stuffed it with small pieces of felt that were left over from my paw pad repairs, which I cut into even smaller, teeny tiny pieces and used a dowel to stuff the tiger's tail and closed up the seam.   Is that a mistake?    Will stuffing with felt on top of excelsior cause problems?   Is stuffing with leftover pieces of felt a bad idea in the first place?

This is my second question.   This monkey pictured is from the 1930s and I believe he was made by Hermann.   I've just begun to repair him.   He had no eyes, so I've replaced them with old blue glass eyes.   You can see that he has a little hole on his face where the felt has worn away and there's the same size hole on the other side.   I've tea stained a piece of felt to match his face.    I'm going to attempt to needlefelt the dyed felt into the hole to match the rest of his face and close the hole.  Would that work?   Does that seem like a bad idea?   Good idea?    Any other suggestions?

Any input would help.   Thanks! 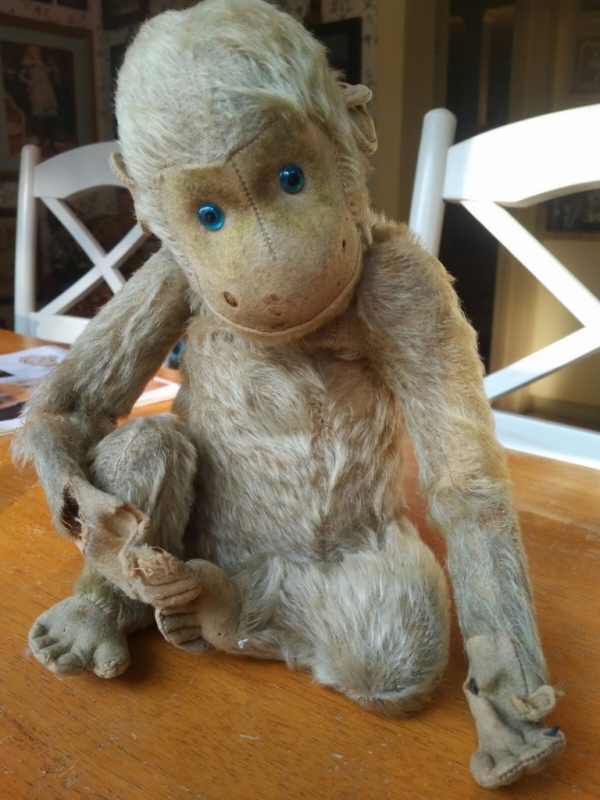 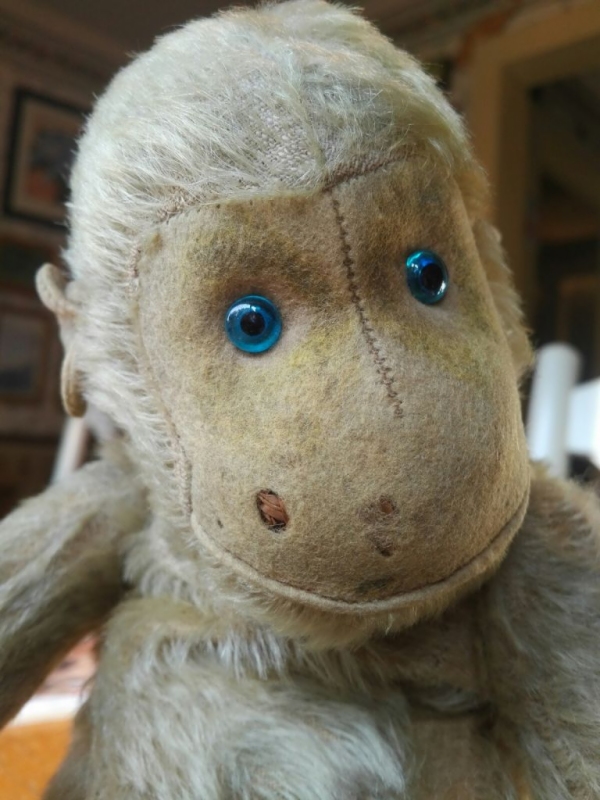 Hi, Esther -  what a great monkey!  I don't see why needle felting wouldn't work for the face holes.  And I don't think it hurts that you stuffed the end of the tail with felt.  You can purchase excelsior (wood wool) online under packaging materials.