Simon came home from school as usual and went upstairs to change his clothes.  He heard somewhat of a commotion out in the back yard and when he peered out of his window, he saw a cat stalking something on the ground. The fuss was coming from all the birds. He ran down the stairs, bypassing the kitchen and his after school snack and out the back door to investigate.  He saw a poor little baby bird on the grass that had obviously fallen out of his nest in the tree. Simon ran over, chased off the cat and saved the bird!  He gently picked up the little bird to put him back, but found he was orphaned.  The cat had already gotten to the momma bird; a sad lesson for Simon about the circle of life.  There was no help for it; Simon suddenly had a new friend who was totally dependent on him.  All friends need a name, so of course he called his bird Tweet!  After hunting around in the yard for a tasty worm for Tweet, Simon was back in the kitchen for that missed afternoon snack (he washed his paws first)!  Many months later, now that Tweet is fully grown and living in the tree again, he will occasionally swoop down to greet Simon when he comes home from school.  They are, after all, still best friends.

Simon is 12" tall and Tweet is needle felted.  They are available on my website.  Thanks for looking! 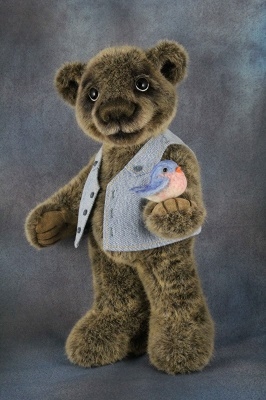 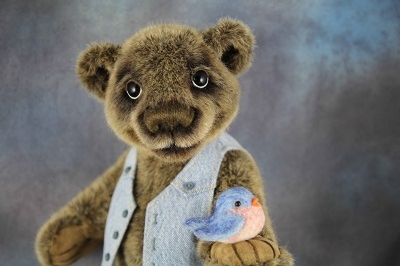 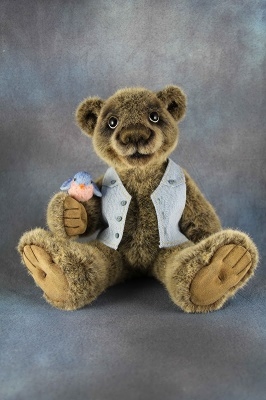 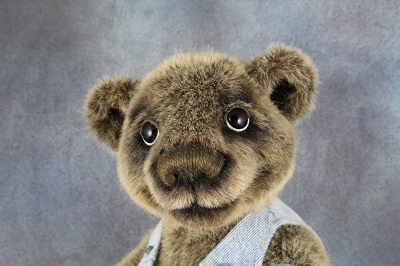 Thank you so much Iveta and Pink!