Please meet Theodore “Loop” Cubbington.  Everyone calls him Teddy, but he wishes they wouldn’t.  He wants to be called Loop!  Since his class at school began studying World War 1, he has been fascinated with the fighter pilots and their “fabulous flying machines”.  He has successfully launched a campaign (which means lots of begging, a little whining and a few tears) to acquire an authentic (simulation) pilot’s helmet, goggles and scarf, but the pièce de résistance is his prized possession, the WW1 replica riding airplane!  He has seen many film clips of these brave men flying these old planes, but his favorite, of course, is when they are preforming the dangerous loops.  As he straddles his plane, a film clip starts in his head featuring The Great Theodore “Loop” Cubbington, WW1 Flying Ace, and his Famous Flying Machine looping through the skies!
Thank you so much for looking! 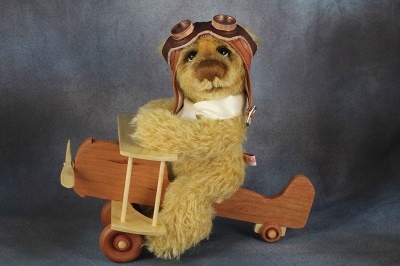 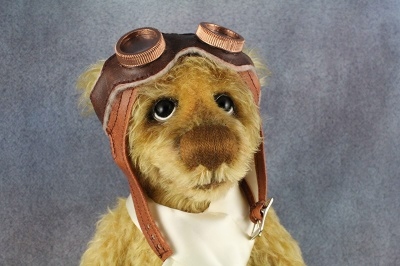 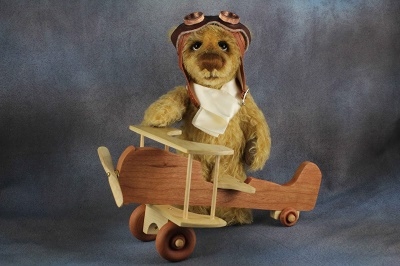 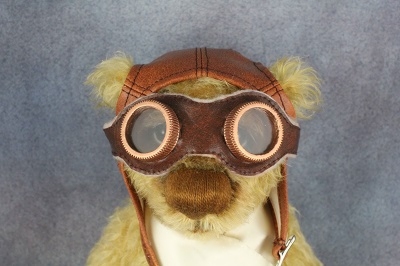 I love the close-up with his eyes cast skyward.

Thelma What a joy he is!

I love his goggles

Thank you so much for all your kind words Anthony, Becky, Michelle and Pink!